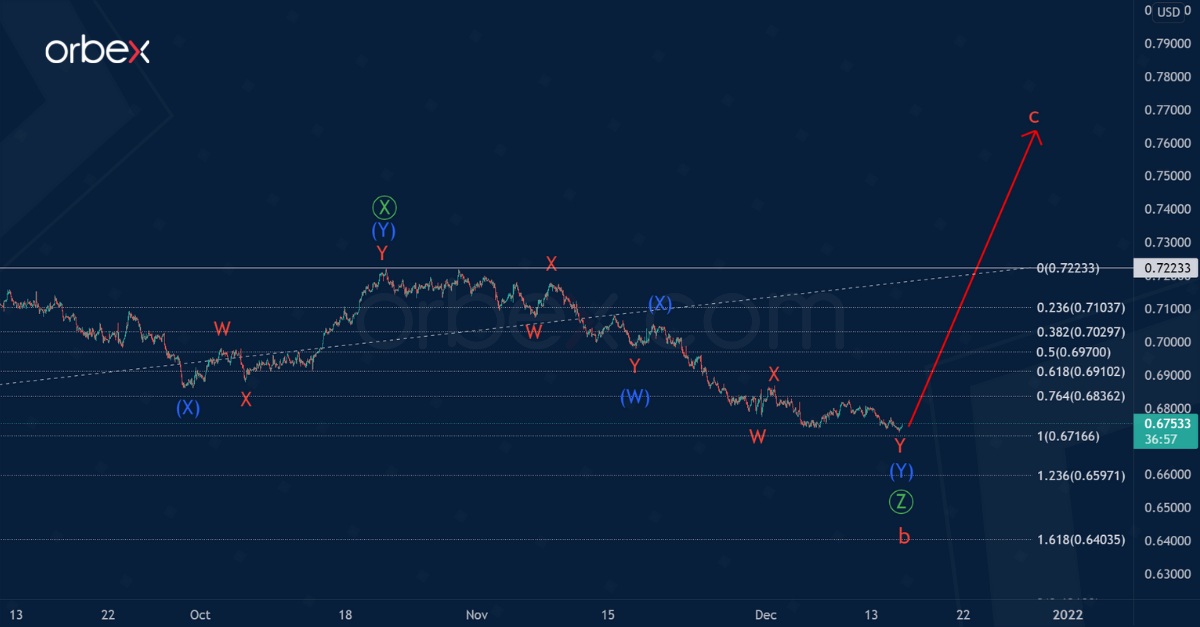 The formation of the NZDUSD currency pair in the long term hints at a cycle zigzag pattern, consisting of three main sub-waves a-b-c.

On the current chart, we see the second half of a major correction wave b. It looks fully completed, taking the form of a primary triple zigzag Ⓦ-Ⓧ-Ⓨ-Ⓧ-Ⓩ. The last actionary wave Ⓩ is equal to the primary wave Ⓨ. So there is a possibility that the development of the triple zigzag is over.

In this case, in the near future, the market will turn around and the formation of a cycle wave c will begin. In turn, this can take the form of an impulse or an ending diagonal.

Bullish movement in wave c may reach the October peak at the 0.722 level (marked by an intervening wave Ⓧ) and then rise to higher levels. 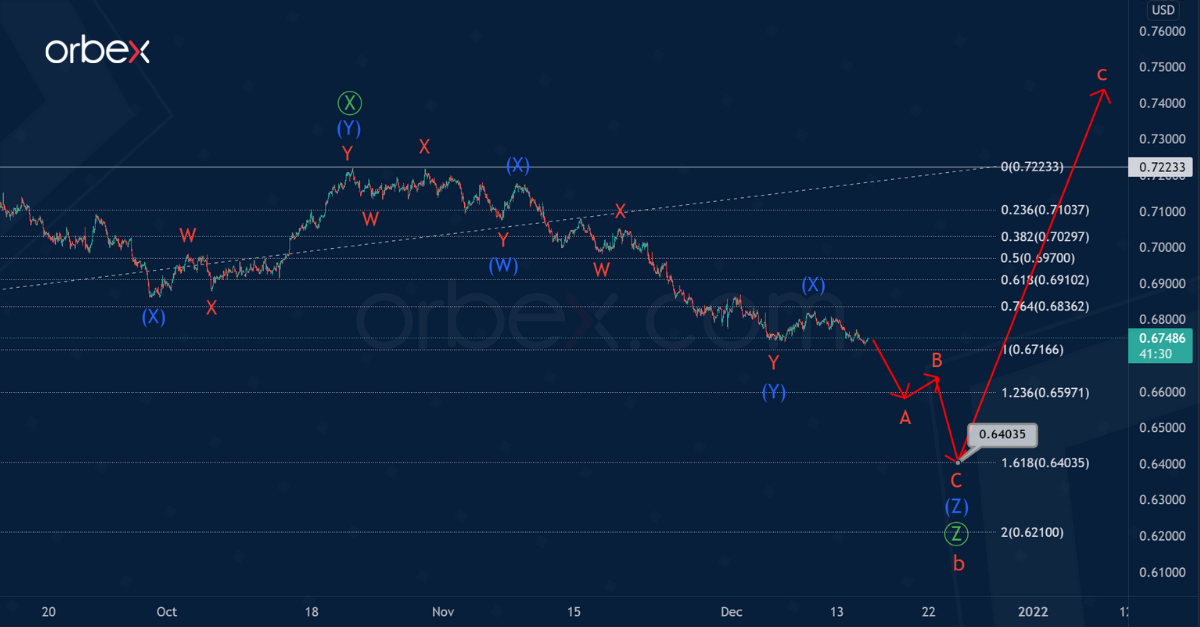 However, the formation of a correction wave b of the cycle degree can continue. Perhaps the primary wave Ⓩ will not be a double zigzag, but a triple zigzag (W)-(X)-(Y)-(X)-(Z) of the intermediate degree.

We see that the first four parts of the intermediate pattern are fully completed. And in htis case, the price may soon begin to decline in the final intermediate wave (Z). Wave (Z) can take the form of a simple zigzag A-B-C of the minor degree, as shown on the chart.

The fall of the exchange rate in the alternative scenario could be in the 0.640 area. At that level, primary wave Ⓩ will be at 161.8% of primary wave Ⓨ.