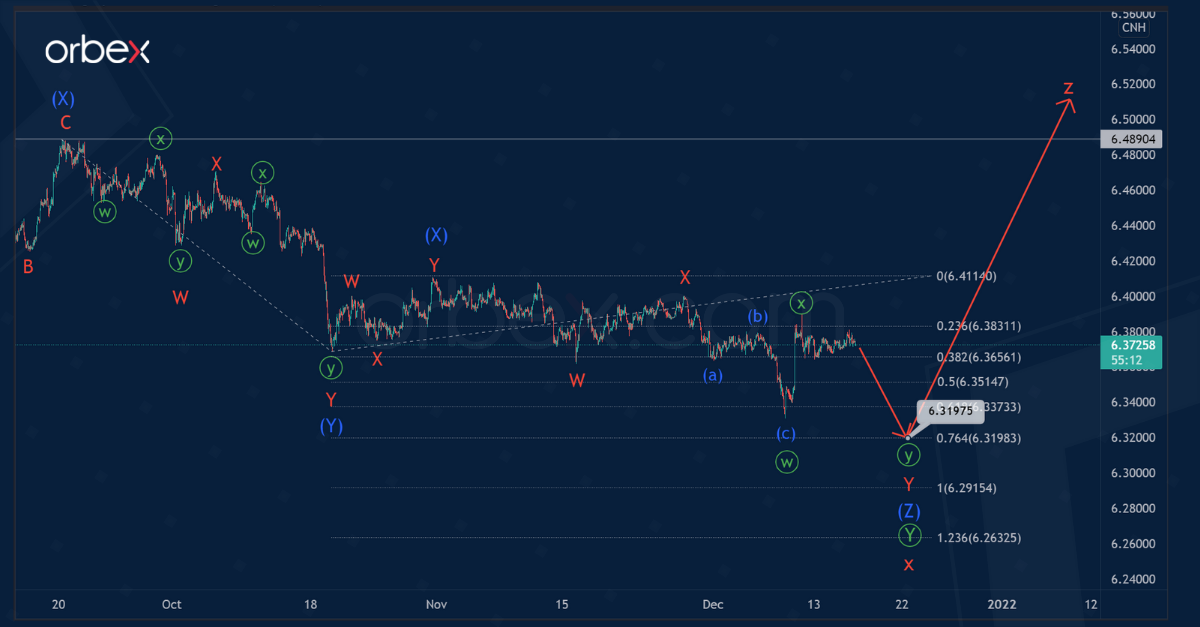 The current structure of the USDCNH currency pair suggests the development of a large intervening wave x of the cycle degree. It is a primary double zigzag Ⓦ-Ⓧ-Ⓨ. The final primary wave Ⓨ is currently under construction.

Currently, minor sub-waves W and X, which form an intermediate double zigzag (Z), have ended. To complete it, sub-wave Y is needed.

An alternative scenario hints at a complete cycle intervening wave x. Here it has the form of a primary double zigzag Ⓦ-Ⓧ-Ⓨ, its final wave Ⓨ is a double zigzag (W)-(X)-(Y) of the intermediate degree, where the actionary wave (Y) is a minor triple zigzag.

We could then see the formation of the initial part of the final wave z of the cycle degree.

It is likely that prices will rise to the previous high which was 6.488. This is shown by the intervening wave (X) of the intermediate degree.

Test your strategy on how the USD will fare with Orbex – Open Your Account Now.