NYSE:CCIV retraced on its near 10% gain on Tuesday, as investors gave off mixed signals on the eve of the company’s shareholder vote to merge with Lucid Motors. Shares of CCIV fell by 3.50% on Wednesday and closed the trading day at $23.43. There has been noted increased volatility by SPAC stocks as they approach their merger dates, so this should come as no surprise. The move also came on a day where the broader electric vehicle industry was mixed, with Tesla (NASDAQ:TSLA) falling 0.79% after CEO Elon Musk once again implied that the company would accept Bitcoin as payment for its cars.

Stay up to speed with hot stocks’ news!

Thursday marks the day that investors have been waiting months for, as shareholders will vote on the official merger between CCIV and Lucid. The vote should pass with little doubt, although shareholder bullishness comes despite question marks about production time for its cars. Lucid continues to be vague about the exact release date for its Lucid Air sedans, as well as estimates on future scaling. Lucid has reiterated that the vehicles will be on the roads in the second half of 2021, but with only five months left in the year, investors should look for more clarity before buying any more shares. 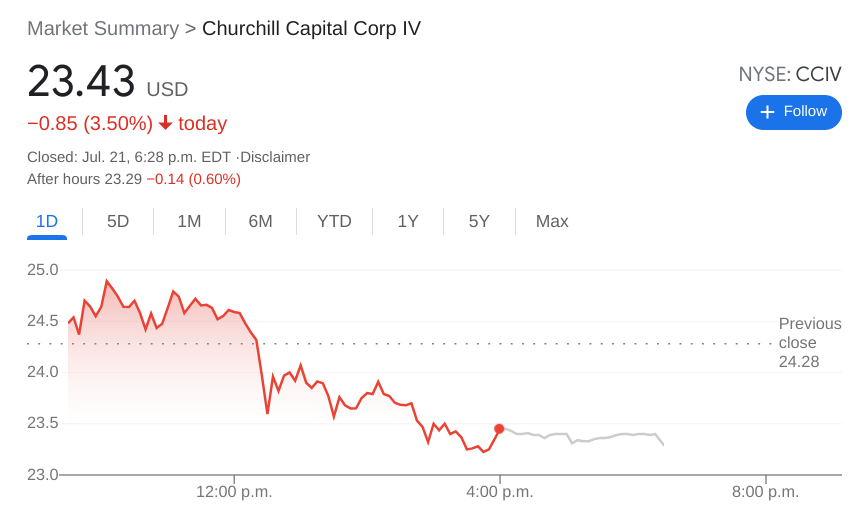 Lucid did make an announcement on Wednesday regarding future plans for European expansion. The automaker expects to be in the crowded German market by 2022, and is also looking to expand into other countries like Norway, which has been a popular launch country for companies like Tesla, Nio (NYSE:NIO), BYD (OTC:BYDDY), and XPeng (NYSE:XPEV).

Zack Whittaker / TechCrunch: Apple says in the next couple of months it will begin scanning photos on iOS 15

Podcast: Google makes its own chip for the Pixel 6, plus how to make hybrid work successful

Why does Apple still sell the $499 iPhone XR?