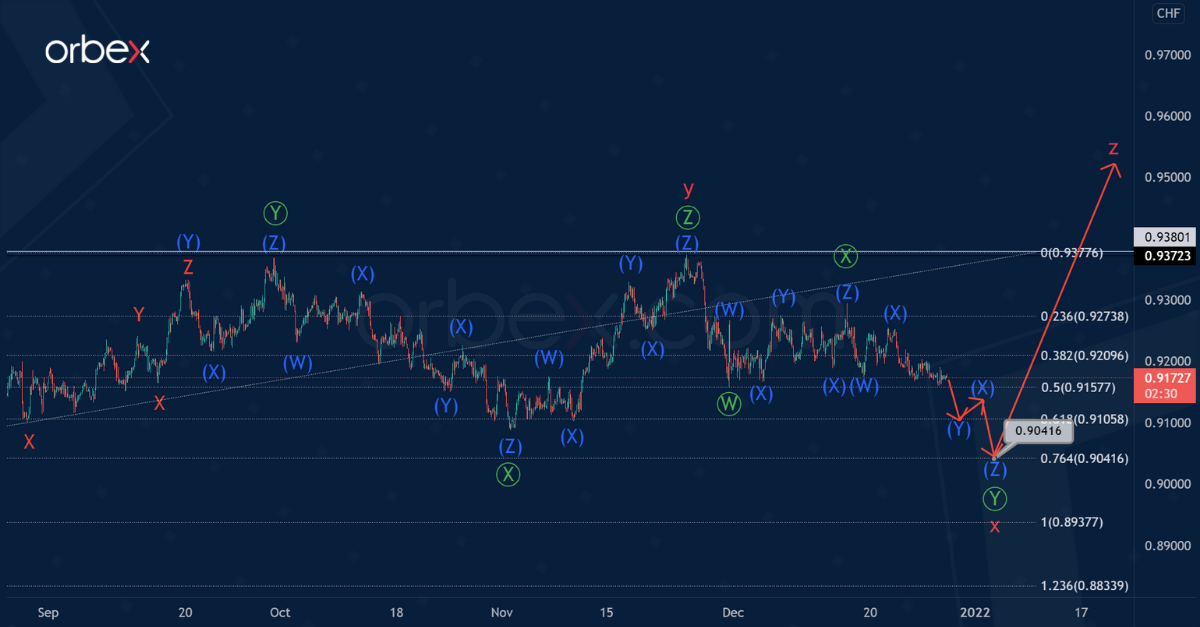 In the near future,  the market could decline in the final wave Ⓨ. The initial part of the wave Ⓨ hints at a triple zigzag of the intermediate degree. So, we could observe a zigzag drop in the price in the sub-waves (Y)-(X)-(Z) to the level of 0.904. There, wave x will be at 76.4% of wave y.

After wave x ends, the bulls can update the previous high of 0.938, with wave z going up. This level is marked by intervening wave y. 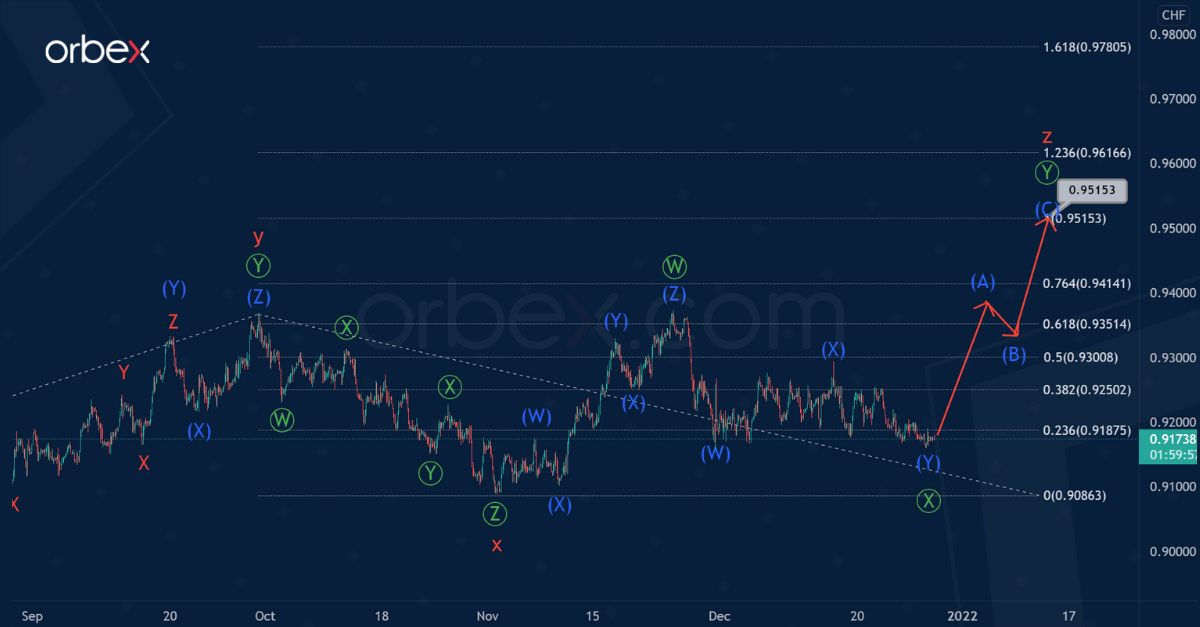 An alternative scenario hints at a price increase. Specifically, the formation of the cycle intervening wave x is fully completed. And it has the form of a triple zigzag of the primary degree.

After the end of the reactionary intervening wave x, there was a price rise and the development of the cycle wave z. This could take the form of a primary double zigzag Ⓦ-Ⓧ-Ⓨ.

It seems that an intermediate triple zigzag formed within wave Ⓦ and the intervening wave Ⓧ. In turn, this took the form of a double zigzag (W)-(X)-(Y).

In the near future, the exchange rate may rise in the intermediate zigzag (A)-(B)-(C) to the level of 0.951. At that point, cycle waves z and y will be equal.